Top 11 Largest Zoos In The World Have you ever thought about the largest zoos in the world? I am sure you must have thought about it. In this article, I have mentioned the names of every largest zoo in the world where you can visit. Kids love to go to zoos as they get to see various animals and species over there. Zoos are really good for observing animals from close and they show us how animals behave. I suggest that you should go to the zoo once a year along with your kids to have some fun and a good time.

Top 11 Largest Zoos In The World 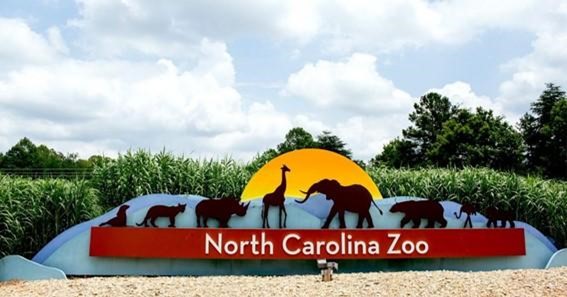 You will feel refreshed by the air of this natural zoo. They also offer a wide variety of activities for the visitors to the zoo such as camping and educational programs. You will get to see many endangered species over there and also vultures and gorillas. You can visit Northern Carolina Zoo which is among the largest zoos in the world to enjoy and have fun with your family. 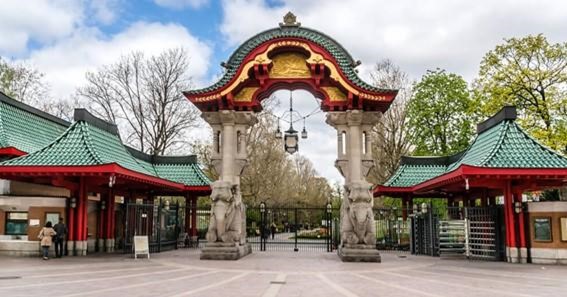 Berlin Zoological garden and aquarium in Germany is the largest zoo in Europe. The zoo was founded in the year 1841 by the Prussian King Fredrick William IV. You will get to see many rare species in this largest zoo in the world such as Pygmy hippopotamuses, Indian elephants, and orangutans.

The Berlin Zoological Garden has the best collection of wild cattle among the other largest zoos in the world. You will also get to see the excellent collection of birds of prey, cranes, and antelopes here. The zoo has even kept the international studbooks for gaur and both black and white rhinoceros I encourage you to must visit this largest zoo in the world once and have some fun time over there. 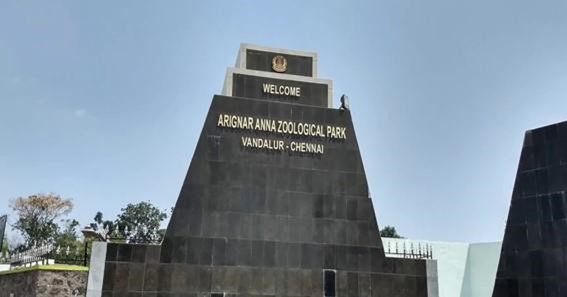 Arignar Anna Zoological Park is the largest zoo in the India. It is known among the popular largest zoos in the world because of its flora and fauna. This zoo is a house of large varieties of animals and many mammals, reptiles, birds, fishes, and butterflies, etc.

Arignar Anna Zoological Park, the largest zoo in the world is great for nature and wildlife lovers. The place also a small Jurassic park which is amazing and adds to the excitement of the place. I can assure you that your kids will love this place as it also has a children’s park. There is a library within the park as well which has books related to animals living in that place. 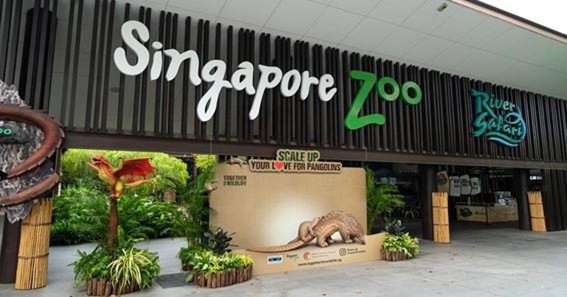 Singapore zoo is set in a rainforest environment and is included in the best zoos in the world. The ‘open concept’ of the zoo is good for the animals living over there and they get a feel of their natural habitat.

This largest zoo in the world was opened in 1969 by the initiative of the Public Utilities Board (PUB). The place overall has many attractions and you can also visit the night safari that is just on the side of the zoo. There is about 16 percent of the threatened species in this park. You will get a closer look at the animals here as there are glass walls between the animals and the visitors. 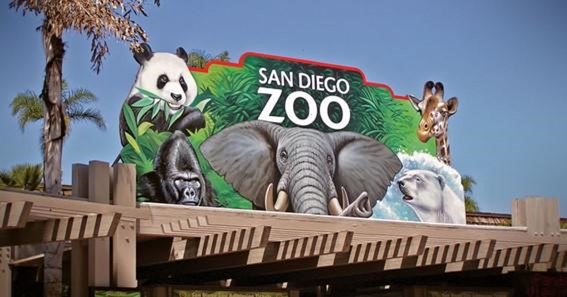 What is the largest zoo in the world? The San Diego zoo largest in the world located in California. It is among the most famous largest zoos in the world and has many animals and major exhibits. The animals are kept in the open air and zoo authorities are very active in conservations.

The climate of San Diego is moderate which helps in the long survival of the animals. The best feature of the zoo is the African Tram which only displays the animal species of Africa. You will see that there are many wide free-range enclosures made for the animals such as antelope, giraffes, buffalos, and rhinoceros, etc. So, that these animals get the most natural environment like that of the wild. 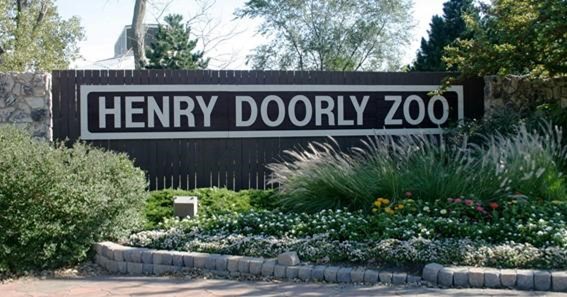 Henry Doorly Zoo is listed in the largest zoos in the world because of the category of the species available over here. In 1965 the first phase of the zoo was established by the Omaha Zoological society.

This largest zoo in the world is associated and is a member of the World Association of Zoos and Aquariums. The main purpose of setting up the zoo was for conservation, research, and education. You will also get to see the world’s largest cat complex here. The world’s largest nocturnal exhibit that is the ‘’Kingdoms of the Night’’ makes it a must-visit place. You and your kids will enjoy it a lot so you can plan your next vacation at Henry Doorly Zoo. You will love the natural scenery of the place and the classical Chinese garden. You can watch the world’s rarest animals such as giant pandas, red pandas, white-lipped deer, Chinese alligators, etc. The main feature of the zoo is that the 13 species of the world’s 15 species of cranes are available here. You can also see the Beijing aquarium that is very nearby to the zoo.  I encourage you to visit this wonderful and amazing zoo with your family once. Bronx zoo is the metropolitan largest zoo in the world so it is included in the list of largest zoos in the world. This zoo was established by the members of the Boone and Crockett Club in 1895. The place is very popular because of its diverse collection of animals and species. It is also has won many awards for its properly arranged exhibitions.

One of the best features of this zoo is the World of Birds and the World of Reptiles that are aligned according to their taxonomy. The other sections such as African Plains and Wild Asia are arranged geographically. I recommend you to visit this zoo during your boring summer holidays to add some fun to your life. 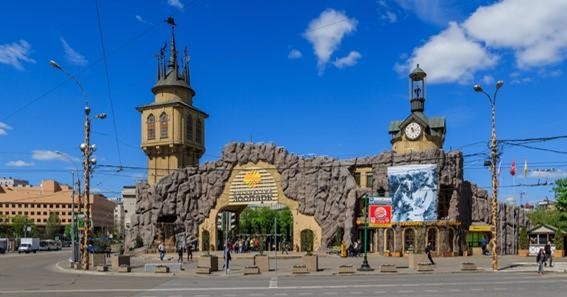 Moscow zoo is the oldest largest zoo in the world as it was founded in 1864 by the Moscow State University. The zoo has some markable features such as a large rock castle at the entrance of the zoo. There is also a beautiful footbridge that connects the old and the newly renovated zoo.

Moscow zoo came in the catalog of the largest zoos in the world after the addition of a sea aquarium, an aviary, and the night exhibit. You will get to see gorgeous waterfalls and streams here that make it worth visiting. 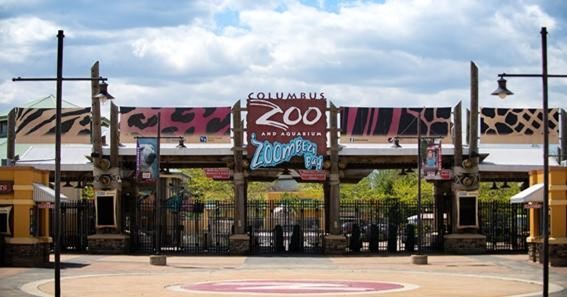 Columbus zoo and Aquarium, the largest zoo in the world has its own conservation program. It also donates money to the other outside conservation programs which makes it more popular. You can visit the zoo to see the astonishing African savanna and polar environment. 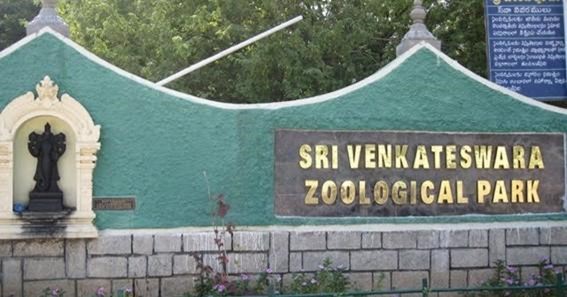 Sri Venkateswara Zoological Park is one of the largest zoos in the world located in Andhra Pradesh India. This largest zoo in the world was established on 29 September 1987. The main attractions of this zoo are the Mayurvani, Mrugavani and Vrukavihar.

The reason this zoo got very popular was due to an exceptionally heavy weighed leopard called Balaji. Even the guinness book of world record has its name.

You will get to see wide variety of animals here such as parakeets, mainas, ducks, geese and birds like flamingoes, pelicans and raptors etc. To see the beautiful flora and fauna of India you must visit this magnificent zoo.

Where Is The Biggest Zoo In The World Located?

The Forth Worth Zoo is the #1 Zoo in the US and has an area of 64 acres. This largest zoo in the world is also the home for 542 different species.

Which Country Has The Most Zoos?

The United States has the maximum zoo in the world which is about 371. After that, Germany is in the 2nd position with 309 zoos and Japan with 89 zoos.

Where Is The Largest Private Zoo In The World?

The private largest zoo in the world is Hearst Castle private zoo which is located near San Simeon, California, United States. This zoo is owned by William Randolph Hearst.

What City Has The Largest Zoo?

The Columbus Zoo and Aquarium is the largest zoo in the United States. This massive zoo is home to over 7,000 animals of 800 different species, making it the zoo experience of a lifetime! It also offers summer camps for children and programs for visitors of all ages to learn about the animals in the zoo.

What Is The Most Visited Zoo In The US?

Approximately 175 million people — about half of America’s population — visit a zoo or aquarium each year, according to the AZA, a nonprofit accreditation organization. And more than 3.2 million choose the San Diego Zoo, making it the most popular in America.

Is The Australia Zoo The Biggest In The World?

Steve and Terri Irwin’s vision has always been to make Australia Zoo the biggest and best wildlife conservation facility in the world.

Is The San Diego Zoo Still The Largest Zoo In The World?