How to Make Running Part of Your Routine 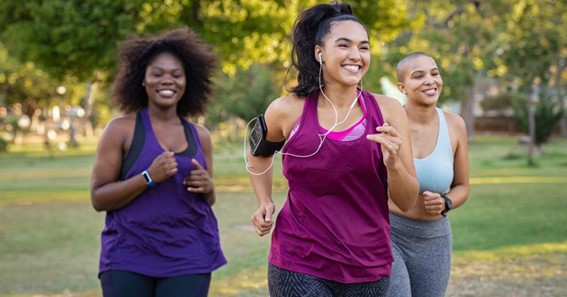 Whether you want to run because of an upcoming race, to get healthier, or just because it seems like an easier thing to commit to than going to the gym, running can be a very interesting way to lose weight, improve your endurance, and get yourself feeling better. You might even feel yourself getting the ‘runner’s high’ that certainly makes moving around easier.

However, much like every other exercise, running (especially whenever you haven’t started running before and don’t know how to start), can be difficult to do at all- much less consistently as part of a routine. Still, there’s a lot of ways to get started with running, and as long as you take it slow and work your way up to being consistent, you will do pretty well. Keep it up and you will be a runner in no time!

Contents
1 Start Small
2 Increase The Length And Time Out Running, But Keep A Minimum.
3 Make Sure To Run Everyday
4 Don’t Be Afraid To Congratulate Yourself

No matter why you want to run, whether you are training for a race or just jogging to jog, you need to start small with your running and with your routine. If you have never voluntarily run a day in your life, you can’t expect to run three miles or run every single week at all. Instead, start with doing a simple jog down your street or around your block. Even if you are running for ten minutes and then going back inside, that is progress.

Starting small is one of the best ways to make running a part of your routine. Run around the block every day for a week, even if you are only out for ten minutes a day and running slowly, you are slowly building the habit for you and your body and mind.

Increase The Length And Time Out Running, But Keep A Minimum.

As you start to run and get more and more comfortable with the idea of running down your street or around the block, and you find the recovery time after your short runs to get shorter and shorter, then you might want to start increasing how long you run. However, don’t go from zero to one hundred after one or two weeks. Instead you need to work your way up.

Try to run a little bit longer every single day, and build up your endurance as you keep moving around. However, even as you increase how long you spend running and your distance each time, make sure to have a minimum time and/or distance that you run. This will help you on your bad running days, which will happen more than you think.

Make Sure To Run Everyday

Now, let’s quickly be clear, you don’t have to run every single day, but if you want to make sure that running becomes a part of your routine then you need to run as often as you can and only let the zero days where you don’t run be because of circumstances you can’t control. For example, if you are sick or are deciding to take a rest day because you ran really hard the last few days before, and don’t want to have to worry about overexertion and injury, then you can take a rest.

Don’t Be Afraid To Congratulate Yourself

Finally, even if you are a runner, don’t be afraid to congratulate yourself on your milestones. Whether you are running a 5K, were able to do a mile in less than four minutes or ran every single day for two weeks straight in your olivers bradburry jogger suit, then give yourself some type of a celebration. That doesn’t mean taking a day off from running, but other rewards are on the table.

After some consistent buildup of your routine, then you will find that you are more of a runner than you thought you were, and you can even use these new skills to connect with others and achieve fitness goals that you never thought possible for yourself!