Some Unique And Exciting Themes Of Escape Room! 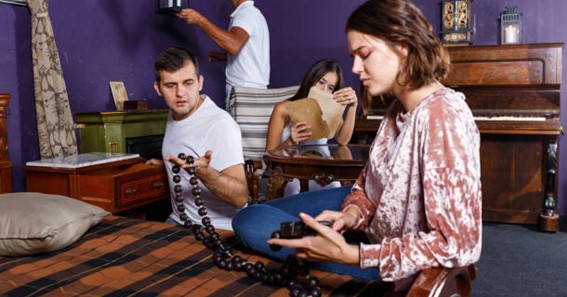 Escape rooms are a lot of fun due to the diversity of puzzles you must solve, and the intricate theming of each room brings the game to life. Completely immersive environments bring escape rooms to life and make the 60-minute hunt for clues even more fascinating. Before you reserve an escape room for your group, check which themed rooms are available in your area.

Over the years, escape rooms have become a worldwide favourite pastime among friends, families, and employees. Whether you’re searching for an escape room for a birthday party or a night out or be it in Vegas or escape rooms in Perth, we want you to have a good time.

There are thousands of escape rooms with thousands of innovative themes, yet some puzzles are so unique that it is nearly impossible to replicate the experience. Escape room lovers adore out-of-the-box concepts, so without further ado, here are some of the most creative, distinctive, and original escape room themes available!

Have you seen the most recent superhero film in theatres? The theatres are packed with these films, and who could blame them? Imagine yourself stepping into the shoes of these heroes and saving the world from a villain’s evil plans. Thanks to superhero-themed escape rooms, you can now! These rooms are enjoyable for people of all ages, regardless of whether they favour masks or capes. All players are heroes in these escape games.

It’s not all about the monsters in these rooms, but what better place to find a cure for a viral pandemic than Atlanta? With the CDC at your side, you will have access to an abundance of resources. These chambers are very entertaining when you only have 60 minutes to escape before a genuine, hungry zombie is released to feed.

Starting simply might be enjoyable! The simple idea of “The Kitchen” is peeled back layer by layer to reveal something absolutely out of this planet. Teams begin in a kitchen, but the setting gradually morphs into a spaceship as they collect information. The cooktop folds back, and the oven door lowers to become a control panel. The refrigerator becomes a supercomputer, while the cabinets transform into battle stations. Teams are in orbit by the end of the hour, narrowly evading calamity on Earth.

Participants in Vegas Nights are on the run after defeating a group of dodgy card sharks at poker. A helpful blackjack dealer, loose slot machines, and a plethora of other Vegas frills and flair guide teams through a gauntlet of dazzling lights and Sin City activity, making this an adrenaline-pumping escape for teams willing to risk all. Also, the escape rooms for Vegas kid activities are very exciting. Do not prevent you from having fun with friends and family!

Some escape room themes are deceiving because they may appear to be generically designed games. However, some escape rooms are a veritable treasure trove of inventiveness. The time-themed area allows players to

return to several historical eras. These rooms feature refurbished props and gimmicks, such as vintage rotary phones and ancient machinery. Additionally, these rooms frequently integrate current and ancient technologies to create a unique experience with an antique feel.