What Does PC Load Letter Mean? 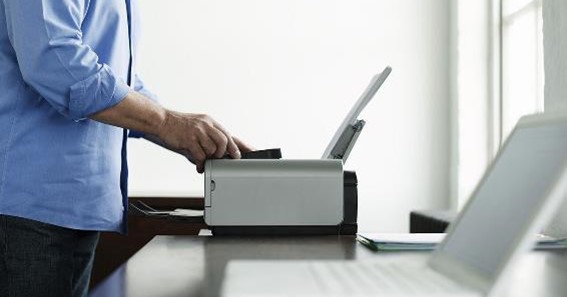 Do you get a warning saying PC load letter while using a printer and you don’t know what is it? Do not worry, here I am there for helping you. Just get relaxed I will tell you all about this message that you get while printing or heard somewhere. In this article, you will come to know about the several load letter details and why it is popular. You would like to read till the end as you will come to know different things related to it. So let us start with what is meaning of the PC load letter?

What Does PC Load Letter Mean?

PC load letter is the error message of a printer that you get commonly in the outdated models of HP laserjet printers. The load letter message is an error indicated when there is no letter-sized paper available for printing. You would know that in this PC is the term used for Paper cassette. This message warns you about putting a letter-sized paper inside the printer for printing work of letter size so that your work does not stop. It will tell you that the paper is not available in the printer so you can put it in.

Office Space was a movie that was released in the year of 1999, and there was a scene in it related to the PC load letter unscripted. It was a joke from the movie which you would also like to hear and see. You will laugh out for seeing the famous PC Load Letter Office Space quote comedy scene. This error got famous and became more popular because of the film where all the frustrated office workers work. The character named Michael Bolton was shown in this scene who is working on a printer and he gets the load letter error.

After reading the above you came to know what is the load letter error from the Office Space movie. However, this scene got famous and it became a meme. You might have seen that someone sending you this pcloadletter meme. It will make you laugh when you will see many things that are related to the meme of the load letter. You will find this funny meme is really enjoyable. The meme turned out from the frustrating and confusing scene of the Office space movie. You would also like to know from where you can generate the load letter meme.

You will be able to generate your meme on the load letter picture or image. If you add your sentences you will be also able to create funny memes on load letter. You will come to know that you can make funny memes on it by using various websites or by on your own. Use the online software to create the best meme so that you can make your friends laugh. You can create memes very quickly using different websites. To create memes you will not require any external image to be downloaded by using a meme generator.

You can see many GIFs on the load letter. Every time you see them you will get a big smile and laugh on your face. You will enjoy the gifs of the Office space movie very much. The funny images in the GIF formats of those confused and frustrated looks that you would like to watch. You can find different GIFs on the internet and social media. Many people share the GIFs of the load letter PC with you nowadays. You will remember them if you are working on a printer and remember the GIF you have seen.

There are many fashionable T-shirt that has print on them with the error of load letter. You will see on it an image of the printer and the words written as load letters. Seeing the quote on it of the PC letters load or different images related to it you will find it more fun. To buy such shirts for wearing or gifting someone you will just need to search for them on online stores. There may be many colors that you will like to have with these messages on them. You can wear it casually and go out.

PC Load Letter What Does That Mean?

What Is PC Load Letter?

It is the error message of a printer that you get commonly in the outdated models of HP laserjet printers. The load letter message is an error indicated when there is no letter-sized paper available for printing. This message warns you about putting a letter-sized paper inside the printer for printing work of letter size to prevent the stopping of work. It will help you to understand that when the paper is not available in the printer so you can put it in. This is now a popular meme from Office Space a comedy movie on frustrated office workers.

The reason the HP laser printer shows the load letter error because the printer is out of letter-sized papers. This message is displayed at the time when you try to print something on letter-sized paper but there is no paper in it of the required size. This message will assist you and help you to understand that you will need to add the papers inside it for completing the printing work. The PC with load letter error is referred to as the term used for Paper cassette.

What Is PC Load Letter In Office Space?

The phrase “PC load letter” is a printer error message on some mostly obsolete types of HP laserjet printers. Here, “PC” stands for “paper cassette” and the error indicates that no letter-sized paper is available for a print job with a letter size.

What Is The Printer Error In Office Space?

PC LOAD LETTER is a printer error message that has entered popular culture as a technology meme referring to a confusing or inappropriate error message. The error message’s vagueness was mocked in the 1999 comedy film Office Space.

What Was The Error Code In Office Space?

The infamous “P.C. Load Letter” error that confounded Michael Bolton is a message that the printer was out of, or not recognizing the refill of, letter-sized (8.5×11 inches) paper. “P.C.” stands for “Paper Cartridge”.

You read about the meaning of the PC load letter till last and enjoyed every detail that I explained about it. This article helped you to understand the trend of the error message from an error to a meme. You found out what is it, how you can create a meme on it, etc. It was nice information that I told you about the actual meaning as well as its funny meaning. You would also like to share this with your friends and family. So you understood complete information on PC load letter in general while reading this article.