What Is A Hardware Abstraction Layer (HAL)? 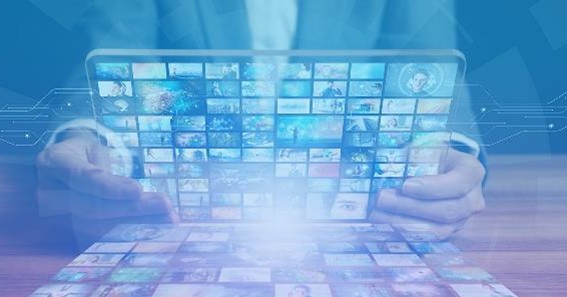 Are you studying about hardware abstraction layer? Then you are at the right place, here you will get all the information that you want to know about it. I will explain the important points that will help you in easy understanding of abstraction layer hardware. You will read about the data that I will share with you in this article. Here we will discuss what is a hardware abstraction layer, its example, etc. You would like to read this information till the end so that you don’t miss out on any important thing. Let us begin without wasting any time.

What Is A Hardware Abstraction Layer?

A hardware abstraction layer (HAL) is a programming layer that provides a computer operating system to interact with a hardware system at an abstract level instead of a detailed hardware level. HAL is a logical code division that acts as a layer of abstraction among a computer’s physical hardware and software. It is a computer driver interface that allows the software programs to connect with hardware. However, HAL primarily hides various hardware structures from the operating system by providing a consistent interaction between the system hardware devices. So let’s keep reading further to know more about the hardware abstraction layer.

click here – How To Remove Watermark In Word? Windows And Mac

Below are some of the examples of HAL. For reference, you can read them in the following.

What Is The Benefit Of A Hardware Abstraction Layer?

Here we have described the benefits of HAL in the following. So let is read to understand them.

Android HAL is a standard for lower-level driver changes, which specifies a common interface for hardware vendors to implement. You may use a HAL to add features without impacting or changing the higher-level framework. The implementations are packed into modules and loaded at the required time by your Android device. Android uses HAL applications to get support from hardware devices. Android HAL is a supplier layer in the C/C++ language. It uses the functions given by the lower-layer Linux kernel to support an Android application or the framework order.

HAL DLL is a part of the operating system of Microsoft windows. It is a system file that is hidden developed by the Microsoft Corporation. However, hal.dll is found in a folder called %SYSTEM%. It has a size of about 196,160 bytes. The process for the hal.dll is safe. If you disable it then it can affect your computer system. Disturbing the hal.dll system may lead to improper working of your computer. However, it is recommended that you should not stop the HAL.dll in between.

The Windows 10 HAL and kernel is a programming layer in computers that enables a computer operating system to communicate with hardware devices. This process occurs at a higher level than the detailed hardware level. While the kernel is the key component of the operating system. It controls the running of the machine and hardware. The HAL is also called the kernel operating system or the device drivers. It is most important that the memory and time of the CPU are being noted by it. Both are especially required for the proper working of device drivers of your computer.

click here – What Is The Difference Between Weighted And Unweighted GPA?

You can operate the STM32 abstraction layer with the help of the software called STM32CubeMX. This is a graphical configuration software tool that will help you in generating drive C for initialization code. It uses a graphical wizard for the work. In the HAL STM32, the software allows maximum transferring across the STM32 controller. The low-layer APIs (LL) provides a smooth, lightweight, expert layer that is closer to the hardware than the HAL. It is available for applications only for a range of components.

In the following, we have given the difference between HAL and device driver.

What Is The HAL Layer?

HAL is a programming layer that provides a computer operating system to interact with a hardware system at an abstract layer instead of a detailed hardware level. It is a logical code division that acts as a layer of abstraction among a computer’s physical hardware and software. You will know that it is a computer driver interface that allows the software programs to connect with hardware. However, This will primarily hide various hardware structures from the operating system by providing a consistent interaction between the system hardware devices. So let us keep reading further to know more about the hardware abstraction layer.

What Is The Purpose Of Abstraction Layers?

The purpose of the abstraction layers is to allow specific operation which is completely managing in a particular task. In this process, you will need to wait until the operation is completed for returning the data from it. Then this process can proceed further.

What Is Graphics Hardware Abstraction?

The graphics hardware abstraction is the interface among the driver. The HAL layer launches the graphics HAL on the drivers built in it.

What Type Of Software Is Responsible For Hardware Abstraction?

HAL is programming software that is responsible for hardware abstraction. It is generally inside the operating systems which provide the level operations and creation of the tasks and deletion of it.

Where Is The Hardware Abstraction Layer?

The hardware abstraction layer resides below the application programming interface (API) in a software stack, whereas the application layer (often written in a high-level language) resides above the API and communicates with the hardware by calling functions in the API.

What Are Three Abstraction Layers Of A Computer System?

What Is The Difference Between HAL And Driver?

HAL is an abstraction layer, as name says, and it serves as a layer between drivers and application, so application developer would not need to dig into hardware level and understand all the tiny details. Drivers are pieces of code that ideally know every tiny detail about the hardware they work with.

In the above article, you came to know about the hardware abstraction layer. You learned various important points related to the HAL. I reviewed the HAL what is it, its examples, etc. We discussed the HAL benefits in the operating system. You will find this was a helpful article with all the important data. Common queries like what is hardware abstraction, what is HAL, differences with the device driver, etc were answered in the information above. You will not get any problem with the HAL in android or windows. Now you are having complete knowledge about the hardware abstraction layer.