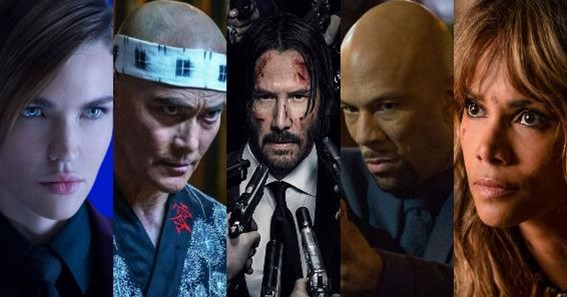 John Wick: Chapter 2 is the sequel of the second movie of the John Wick franchise that was released in the year 2017 and was the second installment of the franchise. The movie had more action sequences for the viewers to enjoy and more amazing and thrilling moments that John Wick is supposed to have in his life. This time, John is on the run to get rid of the bounty that is placed on his head. John Wick: Chapter 2 was one of the high budgeting movies of the franchise where it grossed to around $171.5 million.

The movie features a strong storyline and some new characters that are introduced in the movie. You can have a look at the movie using Spectrum Cable TV’s or ask any of the satellite tv providers if you can watch John Wick: Chapter 2 on Satellite TV connection. The movie is set right after the events of the previous installment and John gets to recover his stolen car which was a Ford Mustang Mach 1 from Viggo Tarasov’s brother. The car receives some heavy damage as he gets into a situation with Tarasov and his men but leaves Tarasov with a promise that there will be no attacks on him in the future. Later on, John gets a visit by Santino D’Antonio who helped John getting done with his “impossible task” and allows him to marry Helen and start fresh. For the favor, John comes under a “blood oath” that allows Santino to ask John for his services whenever he would want to. John declines to serve him and kill Santino’s sister. Santino destroys John’s home in return and he had to travel to the Continental Hotel in New York where he meets Winston. After quite an intense turn of events, John is declared excommunicado and a contract of around $14 million is now opened in John’s name throughout the world. Let’s have a look at the different characters of the movie:

The famous hitman John Wick is played by Keanu Reeves who is now back as a full-time hitman and after completing his vengeance on the Tarasovs, John gets his car back from Viggo’s brother named Abram Tarasov but allows him to live and returns to his retirement with his new dog. He gets a visit from one of the big fishes in the business named Santino who favored him once and now wants a payback. John refuses his contract which makes him blow away John’s home with a grenade launcher. John eventually finds himself in hot waters as a contract is now on his head because of forfeiting Santino’s contract. Eventually, the organization gets a contract on his head of around $14 million on his head along with a revoked membership of the Continental.

The Bowery King was once on target by John Wick but he managed to survive even after getting cuts by John. He takes control of a homeless shelter called The Soup Kitchen he creates an underground empire. He recruits beggars, panhandlers and other people on the streets to be his eyes and ears and trains pigeons to send and receive messages. Apart from that, he also establishes a working intelligence network across the city without using phones or internet. This makes them untraceable and almost anonymous. John asks the Bowery King to get him some weapons where he gets him a single handgun with only 7 rounds.

After John gets back to return to his life after getting his car and a new dog, Santino D’Antonio comes up with a reminder and a contract for John. He wants to get his sister killed who is now a member of the High Table. He remembers that he is under “blood oath” with him and now wants John to work for him. He tasks down John’s home. What he doesn’t realize is that in his ambition and rage, he has made the worst mistake of his life. He gets killed by John and becomes excommunicado with a bounty of almost $14 million on his head.

Ares was Santino’s bodyguard who was mute but one of the most skilled fighters and very proficient in hand-to-hand combat. He was there overseeing John when he was attempting the assassination of Gianna D’Antonio. She had unquestionable loyalty towards Santino and never hesitates to put her life on the line to protect her boss. She wounded John but also got stabbed through the chest through her hand and leaves her to die. While Ares is about to die she used her sign language to tell John that “Be seeing you” as John leaves her to die

In the end, one can say that by looking at John Wick: Chapter 2 the characters were placed magnificently and the movie was a marvel as well. There were so many other characters but these were one of the best characters of the movie.

Caroline is doing her graduation in IT from the University of South California but keens to work as a freelance blogger. She loves to write on the latest information about IoT, technology, and business. She has innovative ideas and shares her experience with her readers.