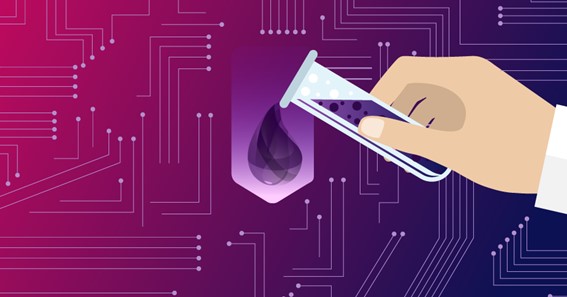 The software industry is on an upward trend as many programming languages keep flooding the market. Developers are now spoilt for choice since they have many options for developing modern applications. Elixir is one of the languages that is dynamic and fun to use. Coding is no longer boring when using this language for your web development solutions. It was launched in 2011, and since then, it has continued to receive immense recognition from web experts. Apart from being reliable, it is functional with a friendly syntax. You might be wondering why Elixir for web development is the best solution for programmers who want to build top-tier, scalable apps.

Over the years, Elixir has been progressing positively in producing concurrent products. Though most users are familiar with common languages like Java and C++, Elixir has made its mark.

click here – Mileage Correction Service Why Do People Use Them?

Contents
1 What Is Elixir?
2 Cool Features You Need to Know
3 Benefits of Elixir
4 Wrapping Up

It is a modern technology used to develop functional web products. Jose Valim is the man behind the language that many tech experts now love. When we talk about Elixir, we have to mention Erlang, an old programming language. Elixir is an improvement of Erlang, which first appeared in the market in the 80s.

Elixir has features that help developers to create impressive apps. It has a powerful toolset that mimicks Ruby and is built on Erlang, making it more aggressive.

Cool Features You Need to Know

As mentioned above, Elixir developers create functional and concurrent products since the language has a clean and concise syntax. Thus, the language is stable and highly productive because of some interactive features.

One of the significant features that make Elixir stand out in the industry is its improvement of Erlang. It is the preferred language by many developers today who want to create modern, scalable, and high-performing applications with distributed systems. Thus, developers can use all the tools available in Erlang to create better web products.

Coding using Elixir feels like you are on a Ruby framework. Many developers can attest to this fact. The language has a similar syntax to Ruby, which is friendly and easy to maneuver. Although Ruby does not offer top performance, Elixir is better because of the Erlang VM. We can say that developers enjoy the best coding toolkit, combining two languages.

When it comes to performance, Elixir does not disappoint. The programming process is quite effective with the help of data structures. You can easily organize your data which translates to concurrent results. Moreover, Elixir has pattern matching abilities that allow experts to write neat codes.

Unlike other languages where you have to be keen when typing codes, Elixir has a quite dynamic feature. It checks the types at the runtime phase, while most languages often check the types at the compilation phase. This is an upside because you can save time and increase the speed of producing small-scale web products.

Now that we know the features that make Elixir a high-performing language, let’s take a look at Elixir’s benefits, making it a preferred choice for many coders and businesses.

Concurrency is all about processing multiple tasks simultaneously without interfering with the application’s functions. Popular apps today function on the Elixir model because users access them seamlessly. Your applications will never experience downtime if you use Elixir due to high user traffic. That is why large-scale web products rely on Elixir for concurrency.

Web products made from Elixir are scalable and efficient. It is suitable for developers who want to build large-scale apps processing vast data volumes. Besides, it is fault-tolerant, and you can easily change your codes during runtime. Therefore, updating the codes is easy with Elixir since it supports real-time coding.

Sometimes, software development fails to produce the results you were expecting. The developer usually deals with many frustrations, from bugs to faulty codes, before the final product comes out. That is why Elixir offers an OTP (Open Telecom Platform), a platform that helps developers attain fault tolerance during production. This makes Elixir stable and reliable since it has a strong foundation from the OTP platform. Unlike other solutions, Elixir allows the developers to implement the business objectives through a reliable platform.

When it comes to functionality, Elixir offers the best solution. It has structured codes and functions that make it easier for developers to write codes. During the coding process, you cannot alter any variables with absolute data types. Elixir uses pattern matching, which encourages clean code writing, efficient debugging exercises, and high performance.

With online insecurities, most companies strive to develop secure web products. Elixir has features ensuring safe processes during and after the product launch. It has fewer bugs and operates under a safe platform. That is why most developers are scrambling to get a piece of Elixir language to create highly-secure applications.

Ultimately, web development depends on a company’s objectives and user needs, which further affects the choice of programming language. By choosing Elixir, you pick a language that works well for your developers and produces top-notch apps. So, we recommend taking a closer look at Elixir when planning a new app; it definitely has much to offer in terms of functionality, richness of features, and superior safety characteristics.

To Know Some Great Stuff Do Visit turnonx

To Know Some Great Stuff Do Visit MakeMet

To Know Some Great Stuff Do Visit DeleteBy