CAN I FLY WITH DELTA 8 THC? 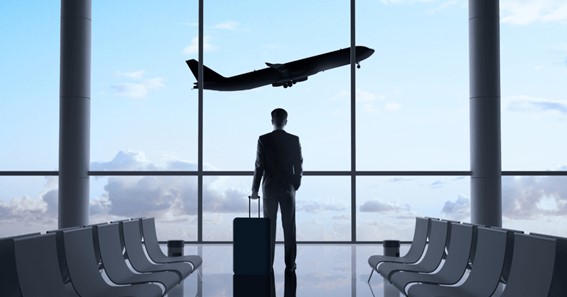 Concerns about Delta-8 THC’s increased popularity have accompanied its rise in popularity. Because of this, there is still a great deal of uncertainty surrounding the cannabis market.

Certain states have their restrictions in place, making it even more difficult for customers to know what is and isn’t allowed.

The legal status of Delta 8 THC

To begin, know that Delta 8 THC is legal in the United States, which implies that flying delta 8 THC from one state to another is completely legal in the federal government’s eyes. However, there are two more stumbling blocks to be aware of.

For starters, you’ll need to check out the legislation in both your departure and destination states. Even though delta 8 THC is unrestricted in your home state, the state where you want to go may impose limitations. Local authorities at your location might get into problems if they locate your delta 8 THC items.

Delta 8 THC is prohibited in the following states:

Secondly, Delta 8 THC may be prohibited by certain airlines from being brought on board. In certain cases, even the cells used in vapers are subject to regulation. That’s why it’s important to familiarise yourself with airline policies before making travel arrangements.

Due to the 2018 Farm Bill making hemp and hemp-derived goods lawful, the TSA revised its guidelines in 2019.

Before, all “marijuana and cannabis-infused goods” were forbidden. Still, the new law offers an exemption for “items containing no more than 0.3 percent THC or are FDA authorised,” citing the Agricultural Improvement Act of 2018 for clarity.

Here, federal law says that goods derived from hemp containing less than 0.3 percent Delta-9-THC, including cannabinoids, isomers, and other extracts, are lawful. Hemp’s tetrahydrocannabinol was also exempted from the Controlled Substances Act under the new regulations.

In other words, you are free to bring Delta-8 on your flight since it is not a Schedule I controlled substance but rather a hemp product that is lawful. There is no need for the TSA to smell out marijuana items, and it’s their policy to submit anything found during a bag check to local law authorities if it’s illegal.

However, even if your Delta-9-THC product is detected as Delta-8, you will be subjected to questioning while the items are analyzed.

Documentation of your Delta-8 purchase (and any related test results) may help prove that your hemp product is lawful. Most likely, you will not be detained or punished even if your hemp goods are seized.

It’s for this reason that you should only purchase Delta-8 from a known and reliable supplier. A more difficult scenario may arise if you happen to be selling Delta-8 items that include more Delta-9 than is permitted by law.

If you’re going to a nearby location, Delta 8 isn’t an issue for most individuals. However, if you’re planning an overseas flight, you’ll want to examine the rules and regulations of the place you’ll be visiting beforehand.

In many countries, anyone caught possessing delta 8 THC, and other cannabis-related products face serious punishments. In addition to the United States, there are many other countries that limit it. Possession of cannabis is punishable by law in various nations.

Before embarking on a foreign adventure, be sure you’re well-prepared and safe. Even if you have a medicinal marijuana card, it doesn’t matter. No matter how widely accepted medicinal marijuana is in your own country, it is still illegal to transport the drug over state lines. Possessing it still carries the risk of legal repercussions.

Always put your safety first. So, if you’re travelling domestically, check to see whether Delta-8 THC is allowed in the states you’re flying out of and flying to. If one of them forbids its usage, don’t take a chance.