All You Need to Know About Chinese Game Localization 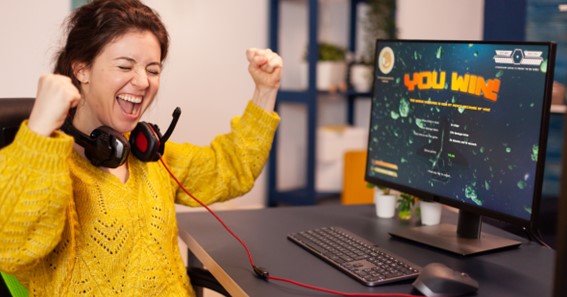 Do you know that China has the world’s largest gaming industry in the world and it is reaping high profits? Anyone can take leverage from the enormous Chinese market if they launch a game with a comprehensive game translation and localization strategy.

As people opt to buy products and services from websites that are translated and localized in their native language. In the same way, avid gamers download games that are localized and translated according to the target market.

If you want your games to hit the Chinese market then you must go for Chinese translation services. For this reason, you must do thorough research and consult with professional experts to help you launch the game in China.

Why are Chinese Translation Services Important?

Approximately, 682 million people in China play games on mobile. The gaming behavior of the people is also influenced by the pandemic because during that period people were restricted to homes.

In homes, the only entertainment the people are left with is games. The changing behavior influenced many gaming industries to target China.

The online gaming market is at saturation. Although this decline has been slow since 2016, however, according to ResearchAndMarkets.com, the gaming industry is expected to reach ($38.5 billion) by the end of 2023.

The largest gaming industry in China wants to expand its games. For example, Netease is providing mobile browsing games whereas Tencent is providing client-based online gaming. In addition to it, Perfect World is offering various games. By looking at the Chinese mobile game market, you first need to develop strong relationships with local gamers then go for gaming translation services.  For game localization and translation, you need to keep the following  things in mind.

Chinese is a compact language so when any language is translated into the Chinese language then fewer characters have appeared on the game interface. Because of the complexity of the characters, it is recommended to use a large font size so that content can be read easily. This shows that content will make up more vertical space in the interface of the game. Gaming translation services can help you in accommodating the data in the game.

China has a unique culture so you must go for translation and transcreation to make sure that gamers can understand the different characters of the game well. The important thing to remember is that showing blood in games is forbidden in China.

Do you know that Chinese players prefer a populated and colorful interface to Western gamers? For the Chinese gaming market, you need to change the icon, design, buttons, color palette and other features to customize the user interface according to the Chinese customer’s preferences.

Some avid gamers like western titles and celebrities while some players prefer localized content based on traditional writing, books, myths, and stories. You must include such content in the game that hits the emotions of the people without changing the original text.

Do not include political material in the game. For example, football manager 2005 was banned because it showed that Tibet and Taiwan were independent states. In addition to it, roles like drugs, skulls, gambling, blood, and anything against the Chinese government are banned in China.

To increase the conversions, you should make the payment mode simple. Payment methods like AliPay, UnionPay, and TenPay are very popular among Chinese consumers. For more convenience, you can provide a scan and pay fingerprints facility rather than typing credit card numbers.

People get bored of games instantly. Therefore, to remain competitive in the market, you must release new games quickly. To make your mark in the gaming industry, you should come up with new game features. Moreover, you need to translate and localize these features to sustain your position in the market.  The games that are played on mobile have also shown great popularity. Therefore, you should target mobile games first.

China is one of the thriving gaming markets in the world. Selecting the different dialects of the Chinese language, adjusting the Chinese language in the user interface, understanding the culture and different myths, and dealing with sensitive topics can be sometimes challenging for the gaming industry to expand the business in China.

Therefore, you must hire a professional translation agency. It can provide you with one-size-fit solutions for all these challenges and remove a barrier to entry in China’s gaming market.