5 Unhealthy Habits That Can Affect Your Mind and Body 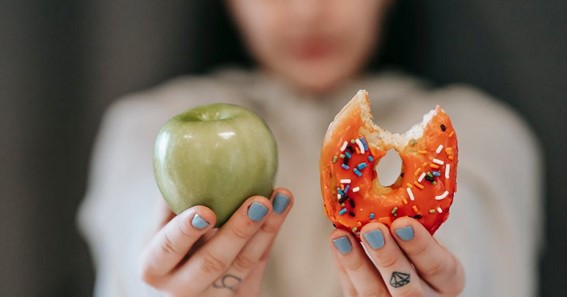 The way we behave has a significant effect on our health. Without essential habits, it won’t be possible to achieve healthy living, including regular exercise and healthy eating, among other important lifestyle changes. However, on the other hand, bad habits can be as detrimental to our health as beneficial, healthy habits. Undoubtedly, alongside our positive habits, we all possess unhealthy habits, whether we are aware of them. Over time, unhealthy habits that seem insignificant can cause major damage to your mind and body, leading to illnesses and poor health conditions in the future.

It’s often too late before people realize they need to change their habits for a better and healthy life. However, if you identify your bad habits, you can avoid being in such a situation. So, to help you do so, here are five unhealthy habits that affect your mind and body.

Smoking and drinking are hazardous habits becoming increasingly popular in the modern world. Such activities can indeed give some people peace of mind or allow them to have some fun. However, fun or relaxation should not come at the cost of your health. Even those who smoke lightly are at a greater risk of developing cancers. Lung diseases such as COPD, chronic bronchitis, and emphysema are commonly found among those who smoke. On the other hand, alcohol is a carcinogen and is also known to harm the brain. Alongside being one of the causes of depression and anxiety, alcohol can cause permanent brain damage by harming the ends of neurons.

So, keeping the effects of smoking and drinking in mind, it’s crucial to get rid of such habits as soon as possible to protect your mental and physical health. Nonetheless, it can be quite challenging for heavy smokers or drinkers to get rid of their habits. If you are among such people, it’s best to get help from professionals that can help you break free from addiction. So, ensure to find a location for an addiction treatment center and adopt a healthier lifestyle.

Sleep is the most important human need, as it’s the function that allows our mind and body to refresh and recharge. Fulfilling your body’s sleeping needs saves you from getting physically exhausted while improving brain function. It’s not surprising that those who get enough sleep remain energetic throughout the day and can perform tasks effectively. But unfortunately, many people are considered to be sleep-deprived. According to Sleep Edu, in the US alone, 1 in 3 people suffer from poor sleep due to unhealthy sleeping habits.

As a result, such people suffer the consequences of a tired mind and body. What starts as some trouble in sleeping soon turns into chronic sleep deprivation or even insomnia in some cases. Extremely sleep-deprived individuals are at a greater risk of heart attacks, high blood pressure, and a weakening immune system. Additionally, impaired memory and a lack of awareness can also arise. More importantly, a lack of sleep can adversely affect your relationships with others causing further mental stress. So, focus on making sleep a priority by following healthier sleeping habits. For instance, you can set a sleeping schedule, reduce caffeine intake, and start going to bed early.

Being lazy and avoiding physical activity is a common unhealthy habit that can seriously damage our physical health. A sedentary lifestyle will begin degrading your physical health by causing simple muscle pains, weakness, and a lack of stamina while performing simple tasks. But over time, such issues will worsen and turn into chronic diseases and life-threatening conditions. For example, heart disease, obesity, high blood pressure, diabetes, and high blood cholesterol are linked to a lack of activity.

However, while most people are aware of how harmful inactivity can be to their physical health, they are unaware of its effects on the mind. But you should know that a sedentary lifestyle does not only harm your body but also causes several mental health issues. According to research, lack of activity can cause the shape of certain neurons to change, leading to a cognitive decline. Additionally, those who don’t perform exercise are more socially isolated, ultimately falling into depression. In contrast, performing physical activity will help you strengthen your physical health and enhance cognitive function while improving your social life.

A healthy diet is undeniably crucial for maintaining your overall well-being. Unfortunately, many of us follow unhealthy eating habits that are detrimental to our minds and bodies. For instance, eating harmful food items such as junk food is one of the most common unhealthy habits. Consuming junk food, including sugary beverages and food high in sugars, can result in an increased risk of developing diabetes (type 2) and even heart disease. Furthermore, junk food is also known to harm the nervous system. As a result, those who eat processed foods are more susceptible to developing depression.

Alongside eating harmful food, overeating is another unhealthy eating habit that can result in poor mental and physical health. Many people not only eat junk food but end up overeating it, which can increase its adverse effects. Without limiting overeating, you will inevitably become obese, which results in several other health issues.

Excessive use of technology

Undoubtedly, technology such as smartphones and computers has made our lives significantly easier. From work to entertainment, we utilize our devices throughout the day for various purposes. Nonetheless, too much of anything can result in a bad effect, and the use of technology is no different. Overconsumption of technology, such as the excessive use of smartphones, can cause long-term issues in our vision. Staring at a bright mobile/tablet screen for hours can excessively strain our eyesight, leading to headaches and degrading eyesight. Additionally, many of us use smartphones or computers in awkward positions, resulting in musculoskeletal disorders.

But more importantly, overusing technology has an even greater effect on our mental health. Spending too much time on technology will reduce your productivity which may, in turn, harm your professional life. As a result, you may suffer an increase in stress. Furthermore, social media applications are linked with depression, as they set high living standards.

Bad habits such as sleeping less or overusing your smartphone may seem harmless. However, they can soon cause lifelong health issues. While you’re unaware, you may be following several such unhealthy habits. Therefore, it’s crucial to identify the harmful activities you’ve incorporated into your lifestyle and eliminate them. So, keep in mind the bad habits mentioned above and avoid them for a healthier life.

To Know Some Great Stuff Do Visit fyndblog

To Know Some Great Stuff Do Visit fixznow

To Know Some Great Stuff Do Visit turnoffme